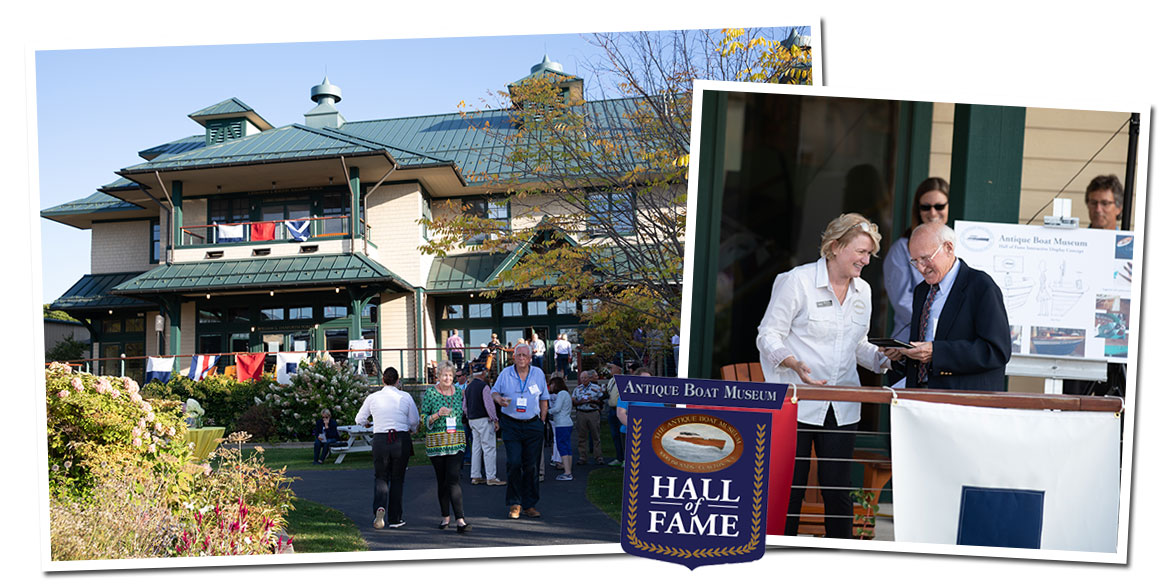 (Nomination form located at the bottom of this page)

The Antique Boat Museum launched its Hall of Fame at the Welcome Reception for the Antique & Classic Boat Society’s Annual International Meeting & Show on September 18th. The Hall of Fame concept was suggested by John Allen, ABM’s International Advisory Council Chair, to honor those individuals who have made a vast impact on the boating community and helped to shape the future of ABM. Since the founding of the Antique Boat Museum (ABM), many individuals have unselfishly given their time, energy, and resources to promote the hobby and the museum. The general membership of ABM and the hobby have benefited from their efforts, often at little personal benefit other than the satisfaction of knowing they have helped others enjoy a shared interest.

The Hall of Fame will have a permanent home as a virtual exhibit featured in the Haxall Building and will be fully installed by opening day for the 2020 season. The inaugural class of the Hall of Fame included William G. Danforth, Anthony S. Mollica, Jr., Chris Smith, and Lee Anderson.

William G. Danforth: The late Bill Danforth was the Executive Director at ABM from 1989-2000 and generated a momentum that was nearly impossible to squelch. During his tenure, ABM experienced the most significant growth than it ever had under any other director. Under Bill’s leadership, the Friends of the Museum program was started and continues to thrive. Bill’s vision for the Buildings and Grounds for this campus is what led to ABM’s campus as seen today. Bill recognized the benefit of the ACBS connection and steadily pursued a common goal both organizations have – preserving and fostering the appreciation for the boating hobby.

Anthony S. Mollica, Jr.: Tony Mollica first wrote professionally in his teaching career in communications. Writing for pleasure evolved from his activities with the Antique and Classic Boat Society and the Antique Boat Museum as well as his life-long interest in the history of boat building. He has published articles in various marine periodicals including Classic Boating, ACBS Rudder, Gar Wood News, The Antique Boat Museum’s Gazette, MotorBoating, Lakeland Boating and The Chris-Craft Brass Bell Quarterly. He is also the author of eleven published books, many of which are available in local book stores and our own Museum Store.

Anthony S. Mollica was inducted into our friends, the Hagerty Marine Hall of Fame in 2012. His first book, Gar Wood Boats, Classics of a Golden Era, was selected as the Classic Boating Book of the Year in 2001 and ranks as one of the most popular classic boating books of all time. He served as a Trustee of the Antique Boat Museum for twenty years. Tony is a popular speaker on the history of 20th century American boatbuilders and often serves as judge at vintage boats shows.

Chris Smith: Chris Smith is part of the Smith Family that owned and managed the Chris-Craft Corporation for over 50 years. Chris possesses a marvelous memory for the precise operations and details of each step in the Chris-Craft’s boat building procedure. He might be the only person who has experienced the complete building procedure and also understands the Smith family’s management style that resulted in the company’s decades of success. Chris has shared his knowledge to give readers a remarkable inside story of a great American boat building company in the book Building Chris-Craft: Inside the Factories.

Lee Anderson: The Anderson Collection of boats represents a lifelong passion for and commitment to wooden boating. Lee Anderson is an enthusiastic collector of classic boats and cars and is committed to philanthropy and higher education. Lee remembers boating with his father and has shared his collection and love for antique boats with the world through both his museum and his books. Many of you, having been at the ACBS Annual Meeting in 2016, were guests at Lee’s home and saw his outstanding collection of boats, engines and related historical materials. The ABM will always be grateful to Lee for his stewardship of the museum’s 1928 Baby Gar, Cicada.

ABM’s Hall of Fame will seek to recognize new inductees at various intervals as opposed to an annual event. The Museum strongly encourages nominations from the broader community and asks for input to be submitted online below or ABM Hall of Fame, 750 Mary St, Clayton, NY 13624. 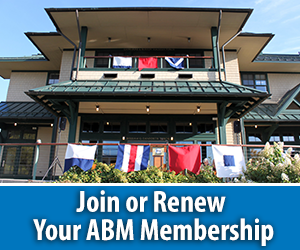